New Chair of Board of Directors– Ron Hoffmann 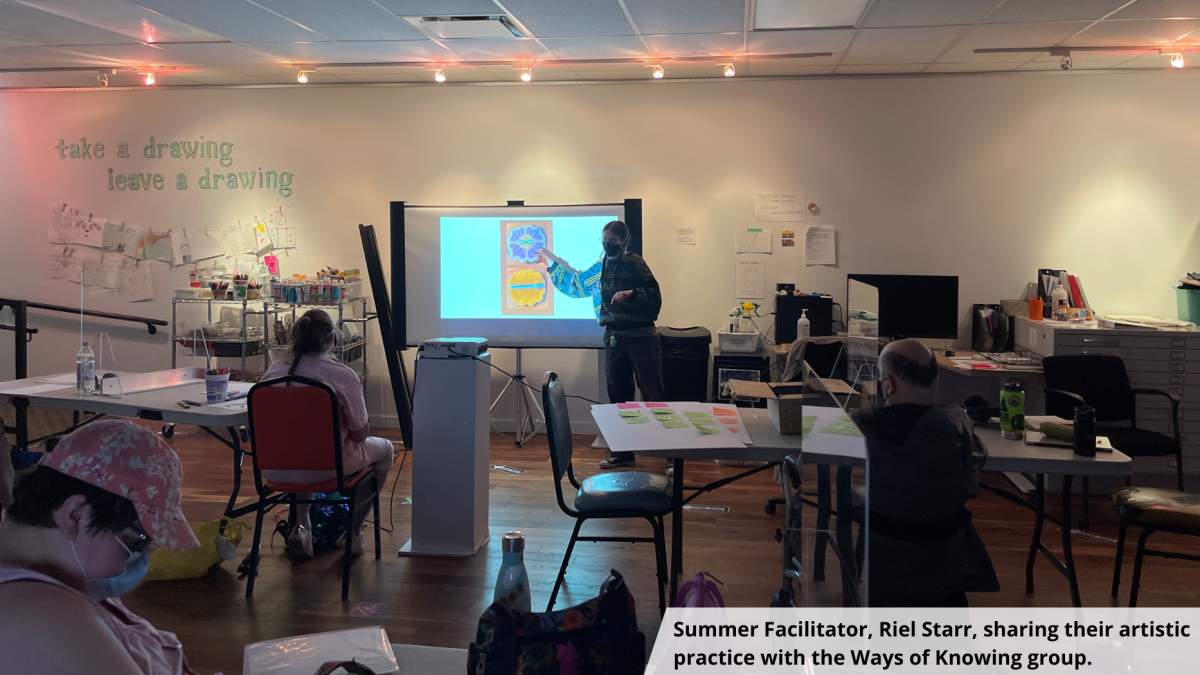 Last year, the National accessArts Centre (NaAC) launched a 12-month program designed to give artists space and time to learn about Indigenous histories and art-making practices. Called Indigenous Ways of Knowing, the program meets the need for critical conversations about Indigenous culture inside and out of the studio.

“Something that shocked me when I first started working here as an Indigenous person—as an Indigenous artist—was how big of a gap there was from other art spaces that I’ve worked with in regards to conversations about how to respectfully and meaningfully engage with Indigenous communities,” admits Richelle Bear Hat, Coordinator, Indigenous Programs at the NaAC. “It felt so strange to come from those spaces to here, where those conversations weren’t happening.”

A Calgary-based First Nations artist with both Blackfoot and Cree heritage, Richelle has a Bachelor of Fine Arts in Drawing from the Alberta University of the Arts. She’s worked with Banff Centre for Arts and Creativity as a Collections Work Study and with TRUCK Contemporary Art in Calgary as Engagement Coordinator. At the NaAC, she found herself meeting regularly with artists in the studio who had very limited knowledge of Indigenous Peoples. A common topic was cultural appropriation, Richelle says.

“Artists would see something that resonated with them, something that they really enjoyed or were attracted to, and want to replicate it. Within Indigenous culture, there is beauty but there is also spiritual connection to these different practices. To take it and to use it for your own, without acknowledging that history or that people, just continues the cycle of harm to Indigenous Peoples,” says Richelle.

She encountered a lot of curiosity and sincerity during these conversations, but “realized pretty quickly that it takes a lot of time and energy to answer those questions.” She was starting to burn out. With the support of the Artist and Program Development team, Richelle started thinking about a programming opportunity to make space and time for learning about Indigenous Peoples. Indigenous Ways of Knowing was born.

“The program is experimental,” says Richelle. “It’s the first kind of engagement we’re having with Indigenous history and art-making practices, so we’re really slowing down and making space for conversation and listening.”

Over the course of nearly one full year, eight artists and two facilitators have been meeting weekly, both online and in person, to explore local Indigenous histories, art practices, and storytelling.

“We’ve been really looking outwards,” says Richelle. “We are looking at videos that are made by different artist groups on a range of different topics, like why regalia is important, why feeling connected to the land is important, or the movement of Indigenous Peoples over a particular territory.” They’re also meeting with Indigenous Elders, Knowledge Keepers, and contemporary Indigenous artists to share stories, ask questions, and learn how to respect the cultural practices of Indigenous Peoples.

So far, they’ve had some pretty impactful lessons.

“Through the program, our artists are understanding how their experience as a person with a disability, moving through systems, government systems, institutions, and schools, intersects with the experiences of Indigenous Peoples,” says Richelle. “There’s a layer of empathy and understanding that is starting to come out within the group.”

She recalls a trip to Ociciwan, an Indigenous artist-run centre in amiskwacîwâskahikan (the area now known as Edmonton, Alberta). While there, the artists had an opportunity to meet director Becca Taylor, and talk about the importance of having dedicated spaces for marginalized communities. They also got to talk about why their space—the only art centre for people with disabilities in the country—is so important to them. “They started to develop the understanding that being in a place where you feel respected and valued and supported is important for anybody.”

Richelle recalls another moment of mutual understanding. “It was about the time when we were really focusing on why representation is important,” she says. The group was listening to a professor from the University of Winnipeg speak. They described how a quick Google search for the word “Indigenous” brings up images of Indigenous Peoples prior to colonization, which buries the painful and tragic truth of colonialism and its impacts.

“There’s such diversity among Indigenous Peoples that gets overlooked in popular media, and it reinforces negative stereotypes that continue to be harmful or make it harder to live,” says Richelle.

Learning From Each Other

For Richelle, it was important to offer moments of mentorship in the program and a level exchange of learning, rather than a strict teacher-student relationship. “I don’t at all feel like I’m the knowledge keeper. I don’t feel like I’m in this discussion alone or presenting alone,” she says. Rather, she’s just the guide on a shared learning journey that’s continually unwinding.

The Indigenous Ways of Knowing program is designed to be responsive to the needs and interests of the group, and lessons are planned accordingly each week, which means Richelle can take a break from the burden of education when she needs to.

“Our artists are so keen, and the people who are a part of this artist group are so mindful,” says Richelle. “Every single artist in this group has been really gentle and supportive of me. I’m humbled and happy that I get to have these conversations, and have the support to protect myself during those really tender, delicate moments.”

In the end, Richelle hopes the program does more than teach artists about Indigenous culture, but inspire them to think differently about their work and the world around them.

That’s one of the main things she’s thinking about as the artist group considers how to share what they’ve learned with the rest of their community. Over the next few months, they’ll put together an online publication to document their learning experience, and act as a resource for other artists in the community. Watch for it online, and learn more about the Indigenous Ways of Knowing program, at accessarts.ca

The NaAC will continue in the next year as “Ways of Knowing” project with public workshops in Calgary and an exhibition in fall 2023 with the Leighton Art Centre thanks to the generous support of Canada Council for the Arts. 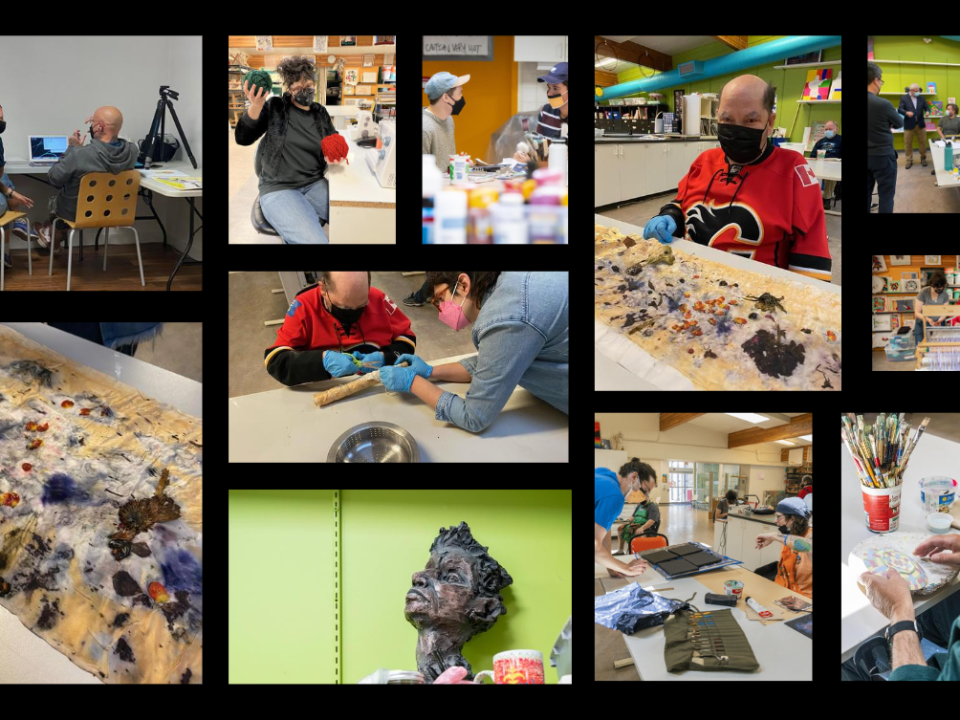 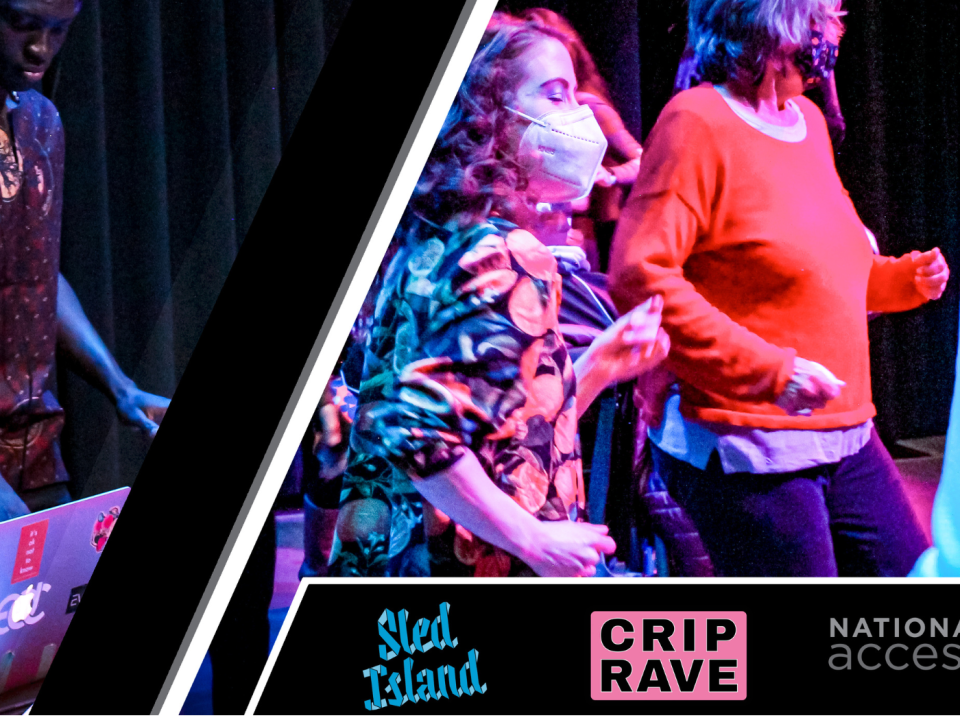 The 5 Stages of Music Production