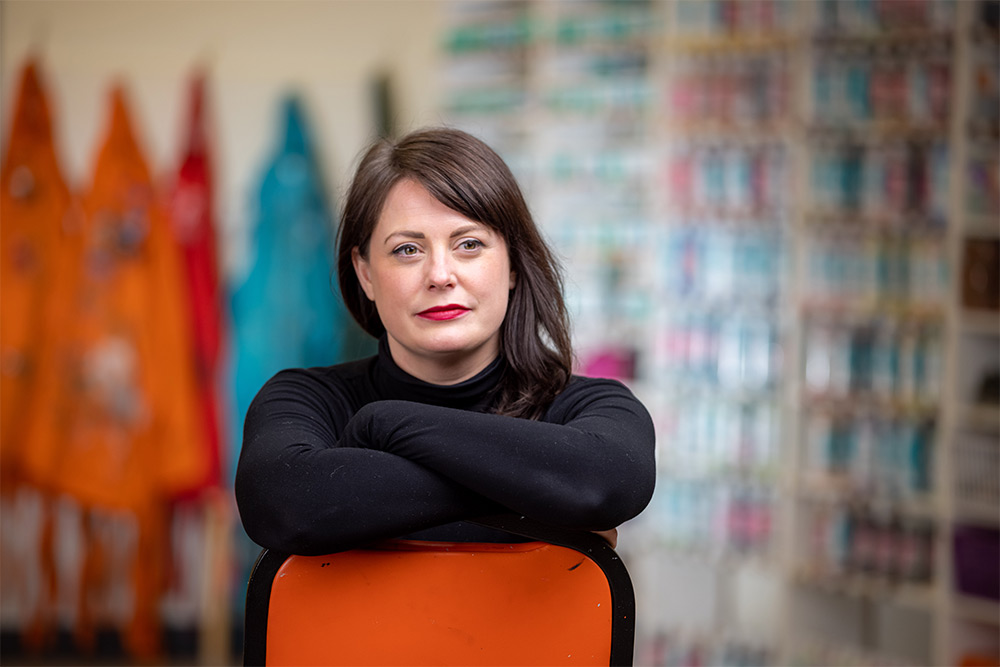 Karly Mortimer was appointed Director, Artist and Program Development for the National accessArts Centre in May 2018. Under her leadership, the NaAC has been recognized nationally and globally for excellence in artistic training and creation opportunities extended to artists living with disabilities.

Karly is an accomplished visual artist, whose works have been on display locally and abroad. Her experience in the arts intersects with initiatives and organizations such as Calgary 2012, Untitled Art Society, and Contemporary Art Gallery of Calgary. Prior to this role, she worked in public programs at the Banff Centre from 2013 to 2017, and during this time, launched initiatives that connected the arts to underrepresented groups such as Indigenous and new Canadian communities.

She has a BA (Psychology) and BFA (Drawing), and has studied at the Alberta College of Art and Design, the University of Calgary, the New York Studio Residency Program, and Duncan of Jordanstone in Scotland.